This is an easy Solar Cooker Shepards Casserole and the ingredients are readily available and quick to assemble in a short time.

Of course the more solar cookers one has at their disposal the quicker it will be to prepare the ingredients, but if you have only one cooker you can still make this recipe without too much time consumption.

I used my parabolic cookers as well as two of my Sun Ovens to make our double batch of Solar Cooker Shepard's Casserole. 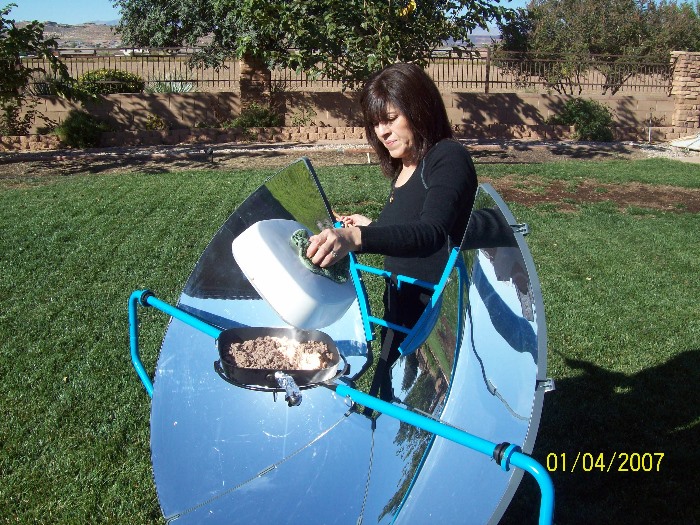 * this recipe can be cut in half if need be 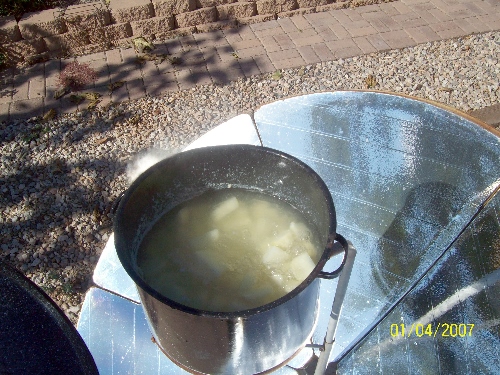 Place the Solar Cooker Shepards Casserole into your preheated solar oven and allow to cook until casserole is bubbling.

You can use a covered or uncovered pan to cook the casserole in. I prefer covered because the cheese does not turn white and it gives a nice toasted color to the cheese as well as helps to cook a bit quicker due to more retained heat with a lid on the roaster. 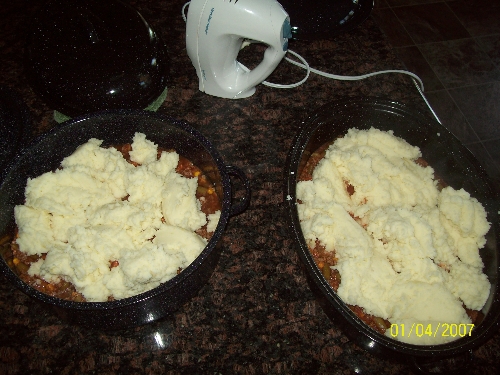 Return from Solar Cooker Shepards Casserole back to recipes page