But, you can use a pressure cooker on a large parabolic cooker to pressure can due to the high heat concentration. Of course you will have to rig your cooker to withstand a large amount of weight.

3-You can also dehydrate food in a solar box style cooker (oven) by ventilating the interior of the oven by leaving the door/lid partially open to prevent excess buildup of heat and to allow for movement of air.

Ideally you would have plenty of air movement by natural means, but if not, you can use a slow moving fan (preferably a solar operated one) to keep the air circulating.

I personally prefer to dehydrate food on my own solar drying racks rather than using a solar cooker since it requires constant vigilance of the solar cooker to assure that the heat does not become excessive and it has sufficient ventilation. I prefer using my solar cookers for actual cooking more than dehydrating, but this shows that they can be used for dehydrating.

Dehydrating Tomatoes in a Sun Oven

4-Water Purification and pasteurization is a very common use for solar cookers around much of the world, especially when the water is polluted and needs purification.

You can also heat water for bathing, washing clothes and dishes etc. etc. 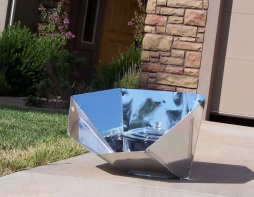 Boiling Water in a Hot Pot

I have a friend who used one of her solar cookers to warm her socks, mittens and other clothing articles in the winter, as well as for drying out wet gloves and socks.

5-Ironing Clothes using the old style hot-irons that were heated on stovetops, or a charcoal iron, with such you can do the same by heating the iron on a Parabolic Cooker which is the only solar cooker that can get hot enough and fast enough. You can pick up a charcoal iron online, but most of them are antiques, unless you order a newly manufactured iron from China, Africa or India where they still make and use them.


6-Dying Yarn with natural dyes in a solar cooker 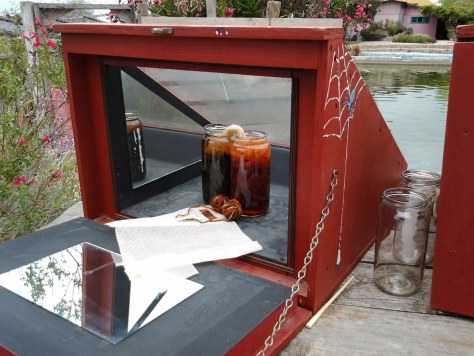 7-Grain Sterilization can be accomplished in a solar oven to kill weevil and other bugs that may have infested the grain.

Of sterilizing the grain he feeds to his pigs.

8-Soil sterilization on a small scale can be accomplished using a solar cooker.

Care needs to be taken in order not to overheat the soil and to kill the good components of the soil.

Doctors in third-world countries have used solar ovens and panel style cookers to sterilize their medical instruments, gauze bandages and needles to help reduce and prevent the spread of infections and disease in less than ideal field and normal hospital conditions. 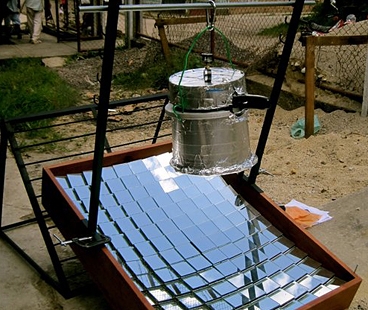 To be used in candle making and repurposing leftover or waste wax.

11-Separating Beeswax and melting the capping 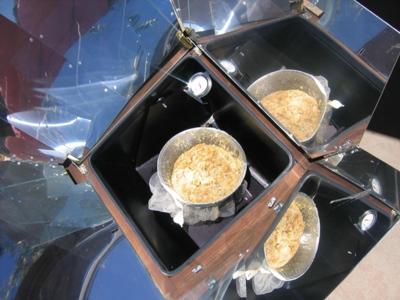 Beeswax Cappings in a Sun Oven

Roasting peanuts in a solar cooker is a common practice for some in India. 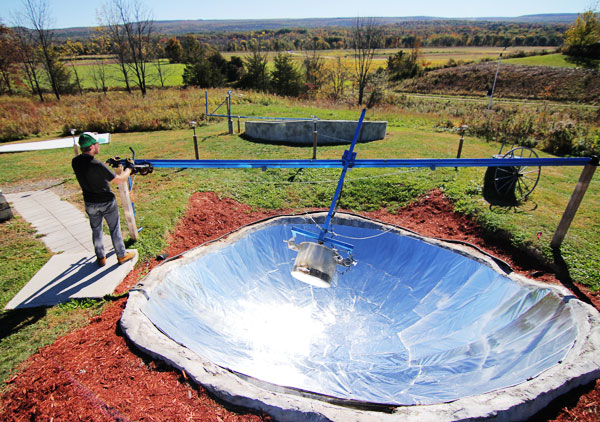 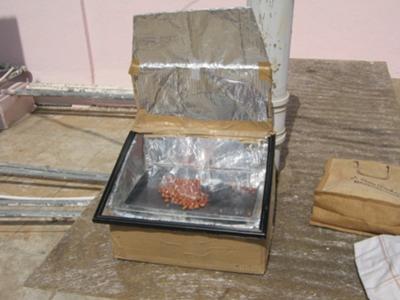 This use, technically, falls outside of the realm of solar cooker uses, but it is a dandy...

14-Water Distillation using a parabolic cooker with a distiller set up on the pot receptacle to keep the water at a constant boil.

So, as you can see, solar cooker uses are varied and many. A solar cooker can be used to cook your foods as well as accomplish a number of other essential and needful things. It truly is a versatile tool that will serve your many preparedness needs.

Return from Solar Cooker Uses back to main page

Have A Great Story About This Topic?